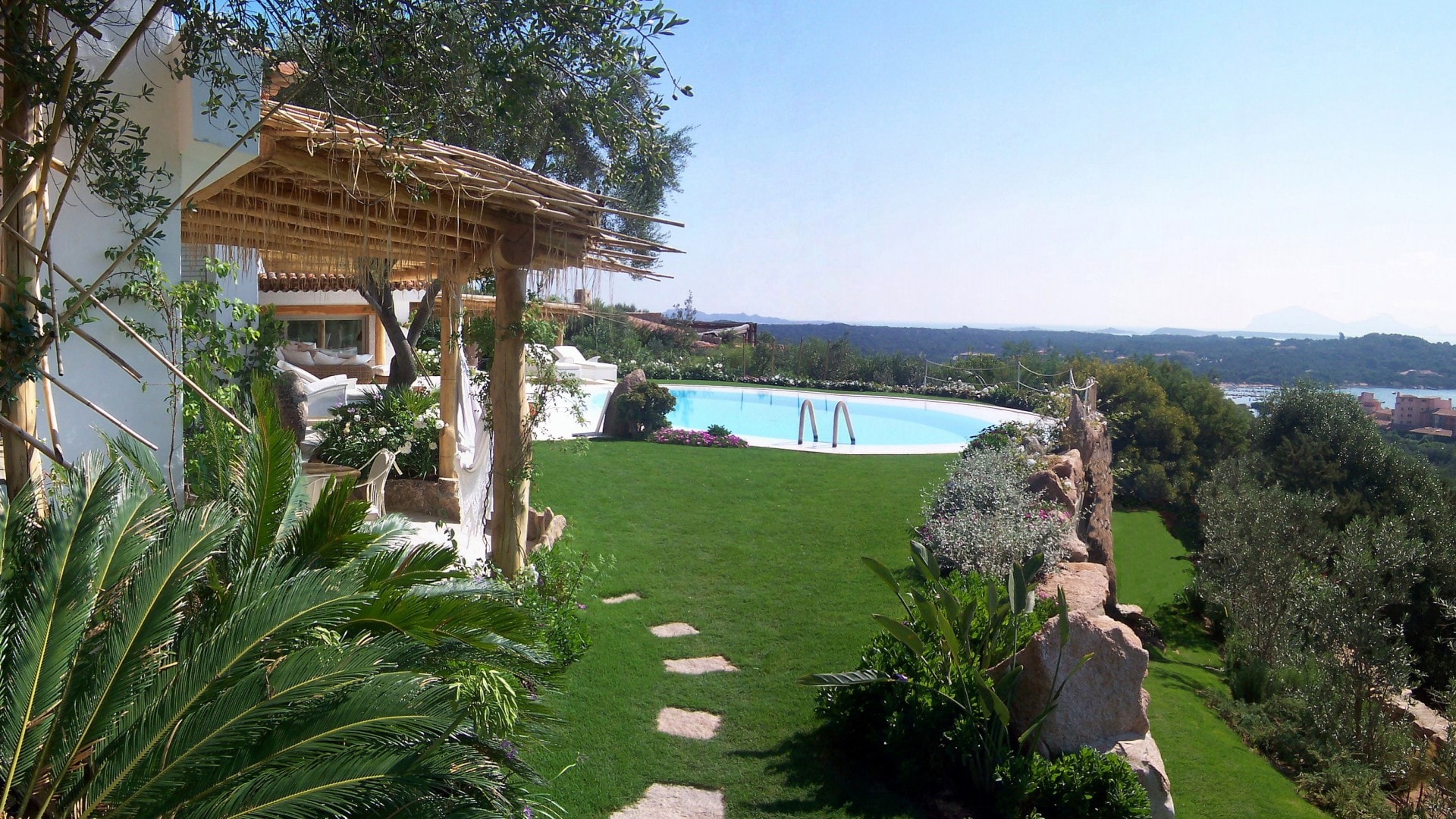 On the exclusive hills of Costa Smeralda in Sardinia, built on the deep natural harbor of the isle, Sandrini team planned and realized a garden that is unique in its kind through a project aimed at valuing the fascinating view and the local nature, adding a Mediterranean and savage greenery, in full compliance with the context, but with a touch of exclusiveness and glamour. Palms and exemplar agaves, the smell of jasmine, the deep colors of Bougainville, natural and local materials are the components that allowed to give, once again, substance to Sandrini’s philosophy based on Aesthetics and Functionality.
Sandrini designed and realized this turn-key garden in each of its phase, from greenery to furniture, from irrigation and scenographic lighting systems to sinuous-shaped swimming pool which has joined this exclusive garden to the sea of the “Isle with silver blood vessels” such as it was defined by the Ancient Greeks