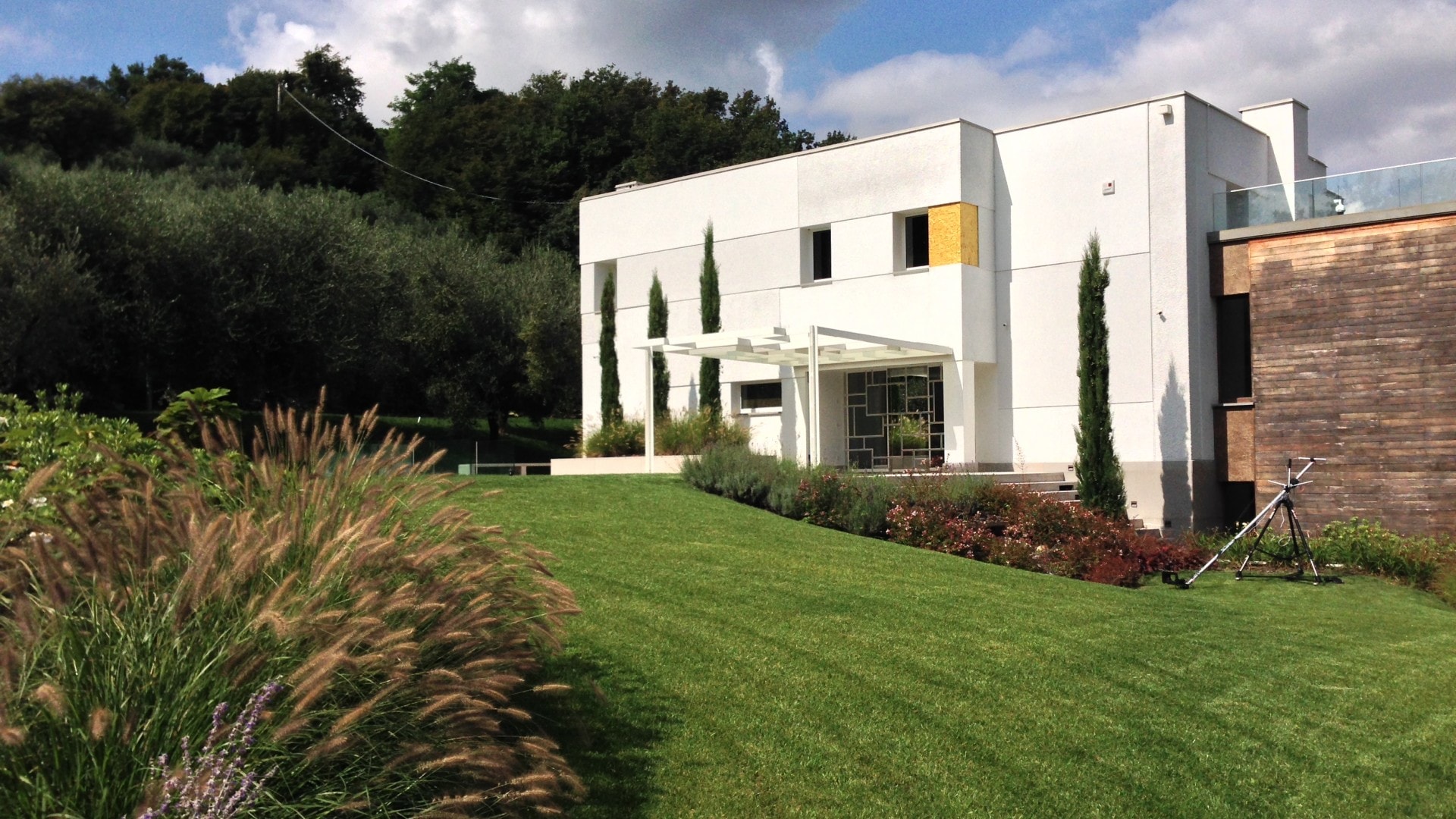 Exterior and Interior design are joined up for a  lake garden

The aim of the project thought and realized by Sandrini is based on integrating the building with the surrounding context which is made up of a ten-year olive tree grove and some wooded areas with a rustic style.
The style of the garden is based on matching some clearly modern and linear features, perfectly consistent with the building, with the purchaser’s taste and elements with a more woodland and natural trait.
Next to the house, oat grass scrubs were created and other plants were added, which are distinguishable due to the weaving of vegetation and of leaves chromatism, geometrical lines, a few leafy masses and colors that are always used with rationality. Whereas, in other areas, far from the house and moving towards the perimeter of the garden, where big masts and thick vegetation scrubs were already existing, the work carried out by Sandrini had a more local trait: