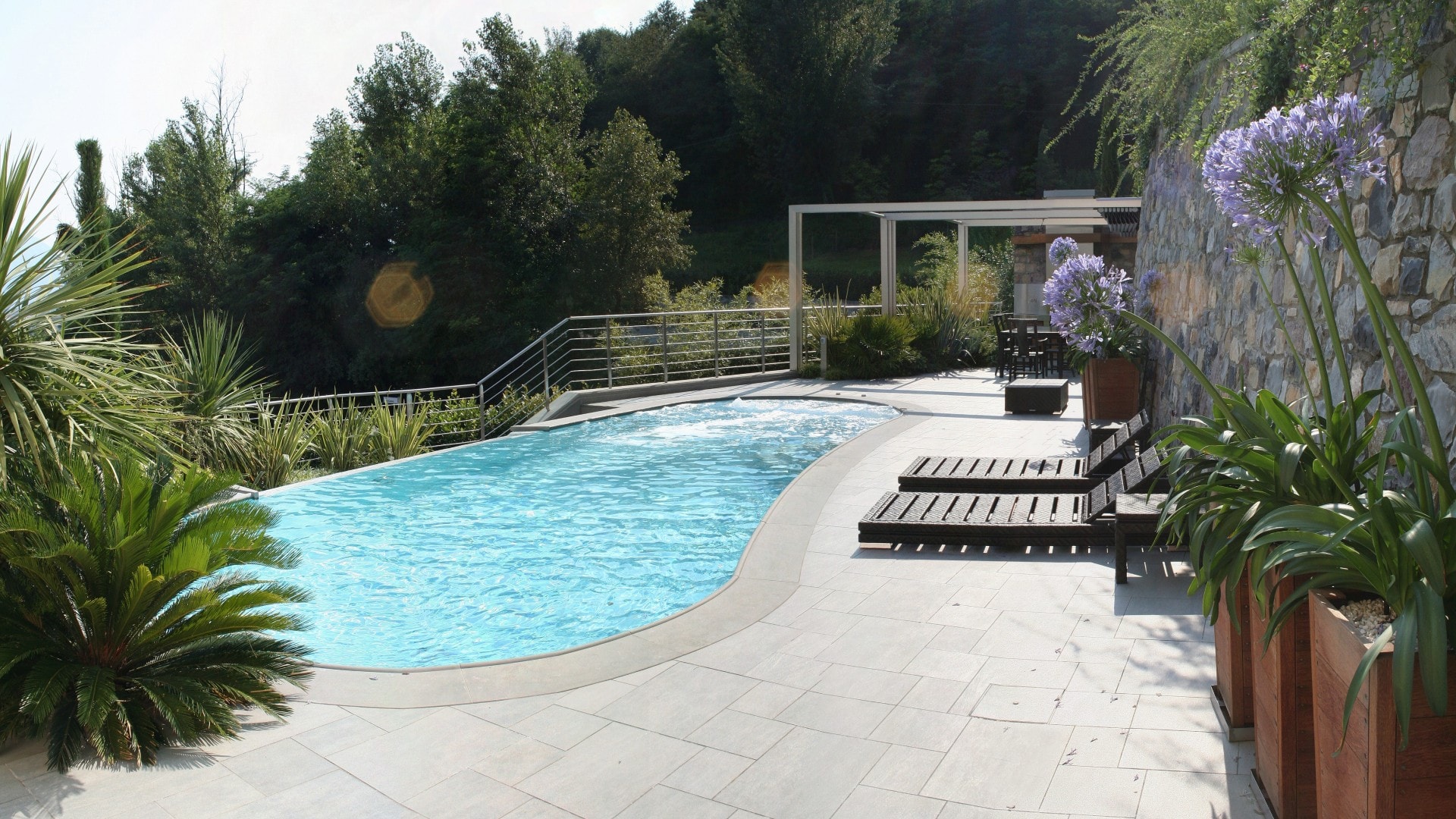 The modernity immersed in a hot atmosphere

Sandrini Green Architecture intervened for enhancing the character and personalità of this modern house built in Bergamo.
The design included architectural details, paths, entrances, living areas and swimming pool with modern and refined slants such as the raw cut grey stone that is used for covering the stairs, the walls and the pillars.
Near the infinity and waterfall pool that became the strong point of the garden, the living area was created through a steel and teak facility. In this corner, Sandrini also planned and realized a big steel kitchen with barbecue in order to enjoy this area at the best.
The greenery was thought for enhancing all the architectural handcraft works, that is,  sculptural greenery made of geometrical shapes near shrubs with big decorative foliages and also compact thick graminaceous plants with a range of intense colors.
There are few but compact flowers, especially Hydrangea annabelle and Pierre de Ronsard rosebushes and other essences that create really suggestive effects.
Also the light plays a fundamental role in the assessment of this modern outside space: led lights enhance the stone walls and the paths.
The result that was obtained completely reflects the initial objective: it immerges the new construction in a strong personality and warm context.