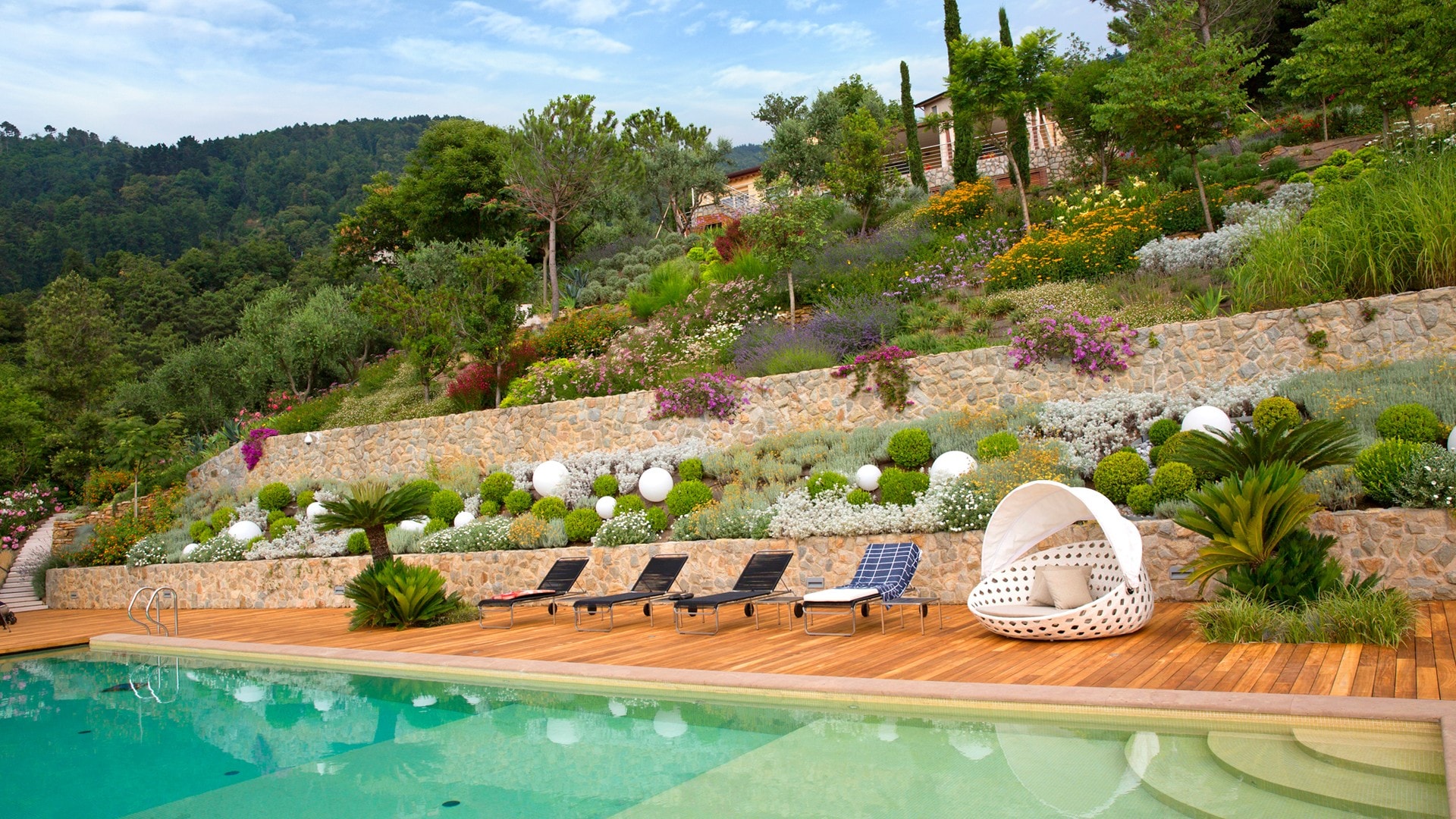 Private villa in Tuscany. The charm of the natural garden

A celebration of the Mediterranean greenery

In this corner of paradise in Tuscany, which is dominated by the Mediterranean forest, the main objective of Sandrini company was that of integrating the new garden and the surrounding location. The style of the garden achieved is natural, perfectly consistent with the environment and  the owners’ tastes: large scrubs of Mediterranean shrubs, slopes planted with groundcovering greenery able to delimit soil erosions that are typical of summer thunderstorms in that area,  trees of  Pinus pinea, Quercus ilex and Quercu suber specimens used for twisted and sculpture-like trunks.
The mediterranean colours are predominant: violet as lavander, as Perovskya and as Bouganville, grey as the leaves of agaves, of Cerastium and Scenecio, orange and yellow as  Lantana, Leonotis and espalier Lemons, green in several shades such as of Rosemary, Pittosporum, Buxus and oat grass.
A staircase made of stones, perfectly integrated with the garden passes through all the property. A sinuous pathway that reaches right the core of this garden where the bliss of colours, of fragrances and of the variety of essences is achieved.
At the back of the swimming pool, the only geometrical and stylish element of the garden; it is possible to admire a play of sphere-shaped topyarian buxus and light globes immerged in a cushion of grey leaves of Senecio as celebrative exaltation of Mediterranean greenery.