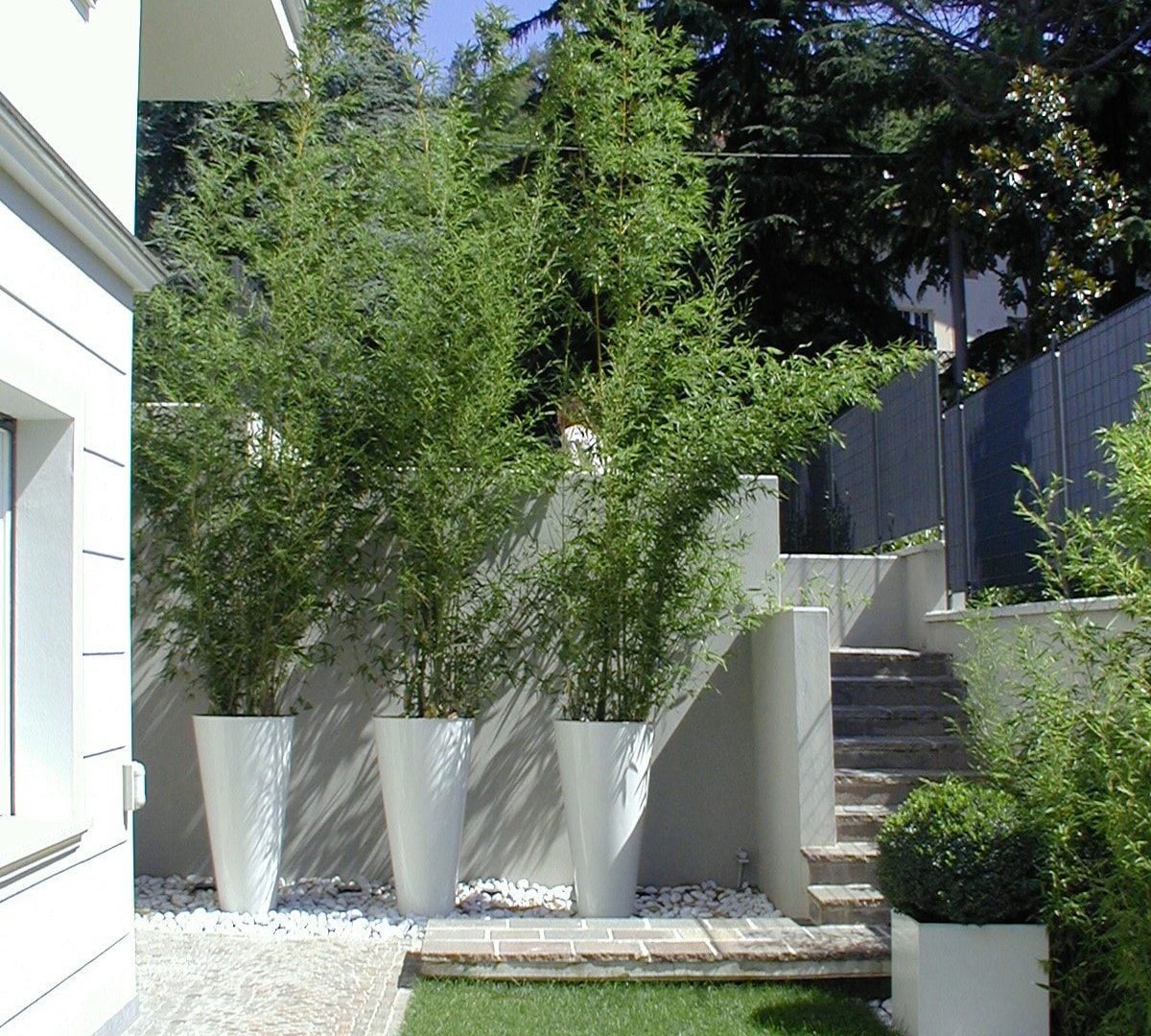 A great union between history and modernity

In one of the most beautiful areas in Brescia, Sandrini realized a small yet scenographic garden. An interesting union between history and modernity. A context where greenery follows a modern and minimalist style in line with the interior of the house, yet without losing sight of the context, that is, a palace of the early 20th century.
In order to confirm the ongoing relationship between antique and modern, the project suggested a recall to the exotic taste, typical of the early 20th century, with the addition of Chamerops excelsa, and to the traditional garden with thriving hydrangea blossoming and ancient roses.
The widest belt before the house was solved with sinuous and soft lines, thus creating perspectives that expand the space and remove the perception of the real space.
Whereas on the South –East side of the house, essential and geometrical lines were designed where white pebble make up a top layer for a thriving bush of Phyllostachis aurea and nigra.
The aim was to create a dazzling,  cheerful and refined atmosphere with great care for the type of essences, their colors and their position.
Several hues of green, always and in any case bright, shades of green that are tempered with gray and, finally, a lot of white color, not only for the antique flowering but also for the materials and the furnishing accessories, such as simple vases with geometrical shapes that enhance the exuberance of the bamboo, but also the compactness of the spere of Buxus sempervirens.
In the botanical choice, modern and traditional taste are melted, thick groups of Hydrangea annabelle melt with scrubs of Fatsia Japonica and Chamaerops umilis, bushes of ground covering roses lightly touch big bunches of variegated Phormium and other specimens of Chamaerops excelsa compete with the Mediterranean charm of the Olea Europea.
The final result is really impressive: the essentiality counterposed with opulence, the rigour of geometry contrasting with a soft naturalness.

Details about the Garden: